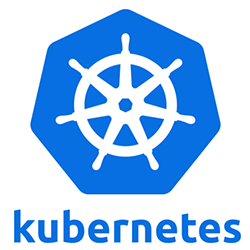 Kubernetes features are generally introduced as alpha and moved to beta (and eventually to stable/GA) over subsequent Kubernetes releases. This process allows Kubernetes developers to get feedback, discover and fix issues, iterate on the designs, and deliver high quality, production grade features.

With the adoption of the Container Storage Interface, the Kubernetes volume layer becomes truly extensible. Third party storage developers can now write and deploy volume plugins exposing new storage systems in Kubernetes without ever having to touch the core Kubernetes code. This will result in even more options for the storage that backs Kubernetes users’ stateful containerized workloads.

With the promotion to beta CSI is now enabled by default on standard Kubernetes deployments instead of being opt-in.

The move of the Kubernetes implementation of CSI to beta also means:

How do I deploy a CSI driver on a Kubernetes Cluster?

CSI plugin authors must provide their own instructions for deploying their plugin on Kubernetes.

The Kubernetes-CSI implementation team created a sample hostpath CSI driver. The sample provides a rough idea of what the deployment process for a CSI driver looks like. Production drivers, however, would deploy node components via a DaemonSet and controller components via a StatefulSet rather than a single pod (for example, see the deployment files for the GCE PD driver).

How do I use a CSI Volume in my Kubernetes pod?

Assuming a CSI storage plugin is already deployed on your cluster, you can use it through the familiar Kubernetes storage primitives: PersistentVolumeClaims, PersistentVolumes, and StorageClasses.

CSI is a beta feature in Kubernetes v1.10. Although it is enabled by default, it may require the following flag:

You can enable automatic creation/deletion of volumes for CSI Storage plugins that support dynamic provisioning by creating a StorageClass pointing to the CSI plugin.

If the fast-storage StorageClass is marked as “default”, there is no need to include the storageClassName in the PersistentVolumeClaim, it will be used by default.

You can always expose a pre-existing volume in Kubernetes by manually creating a PersistentVolume object to represent the existing volume. The following PersistentVolume, for example, exposes a volume with the name “existingVolumeName” belonging to a CSI storage plugin called “com.example.csi-driver”.

You can reference a PersistentVolumeClaim that is bound to a CSI volume in any pod or pod template.

When the pod referencing a CSI volume is scheduled, Kubernetes will trigger the appropriate operations against the external CSI plugin (ControllerPublishVolume, NodeStageVolume, NodePublishVolume, etc.) to ensure the specified volume is attached, mounted, and ready to use by the containers in the pod.

How do I write a CSI driver?

As part of the suggested deployment process, the Kubernetes team provides the following sidecar (helper) containers:

Storage vendors can build Kubernetes deployments for their plugins using these components, while leaving their CSI driver completely unaware of Kubernetes.

Where can I find CSI drivers?

CSI drivers are developed and maintained by third parties. You can find a non-definitive list of some sample and production CSI drivers.

As mentioned in the alpha release blog post, FlexVolume plugin was an earlier attempt to make the Kubernetes volume plugin system extensible. Although it enables third party storage vendors to write drivers “out-of-tree”, because it is an exec based API, FlexVolumes requires files for third party driver binaries (or scripts) to be copied to a special plugin directory on the root filesystem of every node (and, in some cases, master) machine. This requires a cluster admin to have write access to the host filesystem for each node and some external mechanism to ensure that the driver file is recreated if deleted, just to deploy a volume plugin.

In addition to being difficult to deploy, Flex did not address the pain of plugin dependencies: Volume plugins tend to have many external requirements (on mount and filesystem tools, for example). These dependencies are assumed to be available on the underlying host OS, which is often not the case.

CSI addresses these issues by not only enabling storage plugins to be developed out-of-tree, but also containerized and deployed via standard Kubernetes primitives.

If you still have questions about in-tree volumes vs CSI vs Flex, please see the Volume Plugin FAQ.

What will happen to the in-tree volume plugins?

Once CSI reaches stability, we plan to migrate most of the in-tree volume plugins to CSI. Stay tuned for more details as the Kubernetes CSI implementation approaches stable.

What are the limitations of beta?

The beta implementation of CSI has the following limitations:

Depending on feedback and adoption, the Kubernetes team plans to push the CSI implementation to GA in 1.12.

The team would like to encourage storage vendors to start developing CSI drivers, deploying them on Kubernetes, and sharing feedback with the team via the Kubernetes Slack channel wg-csi, the Google group kubernetes-sig-storage-wg-csi, or any of the standard SIG storage communication channels.

How do I get involved?

This project, like all of Kubernetes, is the result of hard work by many contributors from diverse backgrounds working together.

In addition to the contributors who have been working on the Kubernetes implementation of CSI since alpha:

We offer a huge thank you to the new contributors who stepped up this quarter to help the project reach beta: