Kubernetes has officially supported a variety of CPU architectures such as x86, arm/arm64, ppc64le, s390x. However, it's a pity that Kubernetes doesn't support MIPS. With the widespread use of cloud native technology, users under MIPS architecture also have an urgent demand for Kubernetes on MIPS.

For many years, to enrich the ecology of the open-source community, we have been working on adjusting MIPS architecture for Kubernetes use cases. With the continuous iterative optimization and the performance improvement of the MIPS CPU, we have made some breakthrough progresses on the mips64el platform.

Almost all native cloud components related to Kubernetes do not provide a MIPS version installation package or image. The prerequisite of deploying Kubernetes on the MIPS platform is to compile and build all required components on the mips64el platform. These components include:

After successfully building the above components, we use tools such as kubespray and kubeadm to complete kubernetes cluster construction. 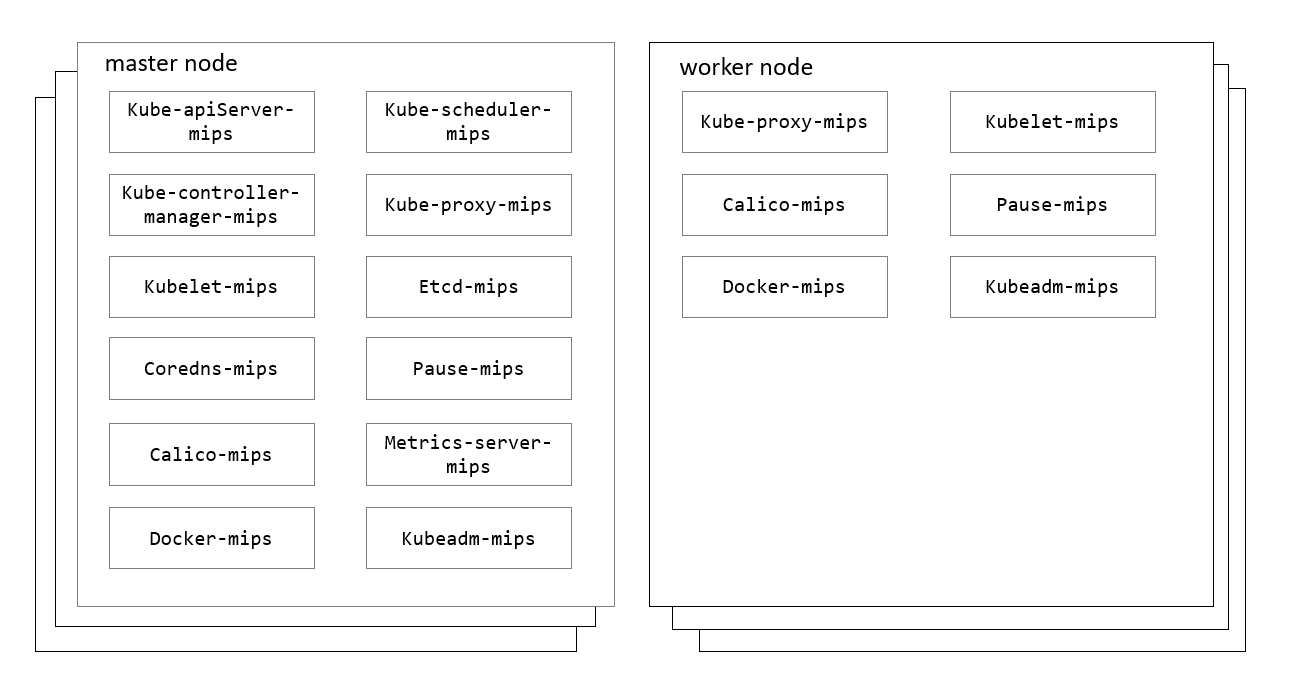 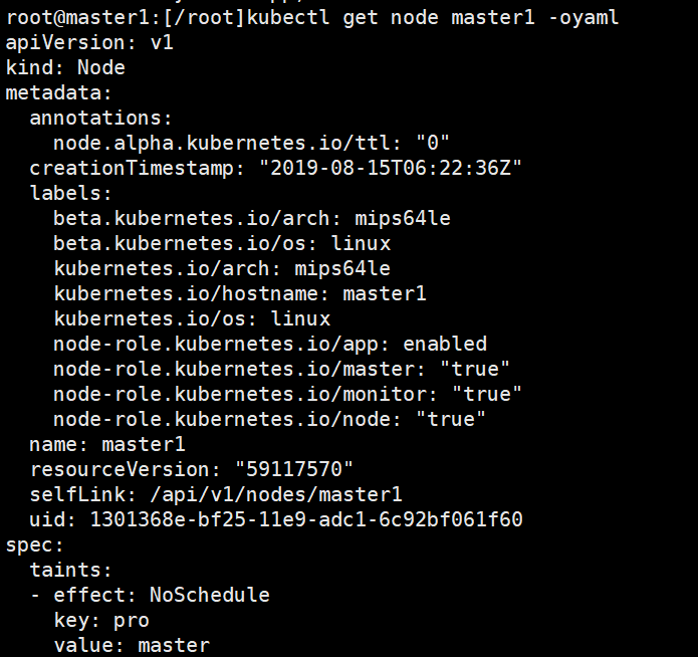 The most straightforward way to verify the stability and availability of the K8S-MIPS cluster is to run a Kubernetes conformance test.

Conformance is a standalone container to launch Kubernetes end-to-end tests for conformance testing.

Once the test has started, it launches several pods for various end-to-end tests. The source code of those images used by these pods is mostly from kubernetes/test/images, and the built images are at gcr.io/kubernetes-e2e-test-images. Since there are no MIPS images in the repository, we must first build all needed images to run the test.

The first step is to find all needed images for the test. We can run sonobuoy images-p e2e command to list all images, or we can find those images in /test/utils/image/manifest.go. Although Kubernetes officially has a complete Makefile and shell-script that provides commands for building test images, there are still a number of architecture-related issues that have not been resolved, such as the incompatibilities of base images and dependencies. So we cannot directly build mips64el architecture images by executing these commands.

Most test images are in golang, then compiled into binaries and built as Docker image based on the corresponding Dockerfile. These images are easy to build. But note that most images are using alpine as their base image, which does not officially support mips64el architecture for now. For this moment, we are unable to make mips64el version of alpine, so we have to replace the alpine to existing MIPS images, such as Debian-stretch, fedora, ubuntu. Replacing the base image also requires replacing the command to install the dependencies, even the version of these dependencies.

After a long process of building an image, we finished with about four dozen images, including the images used by the test pod, and the base images. The last step before we run the tests is to place all those images into every node in the cluster and make sure the Pod image pull policy is imagePullPolicy: ifNotPresent.

Here are some of the images we built：

Finally, we ran the tests and got the test result, include e2e.log, which showed that all test cases passed. Additionally, we submitted our test result to k8s-conformance as a pull request. 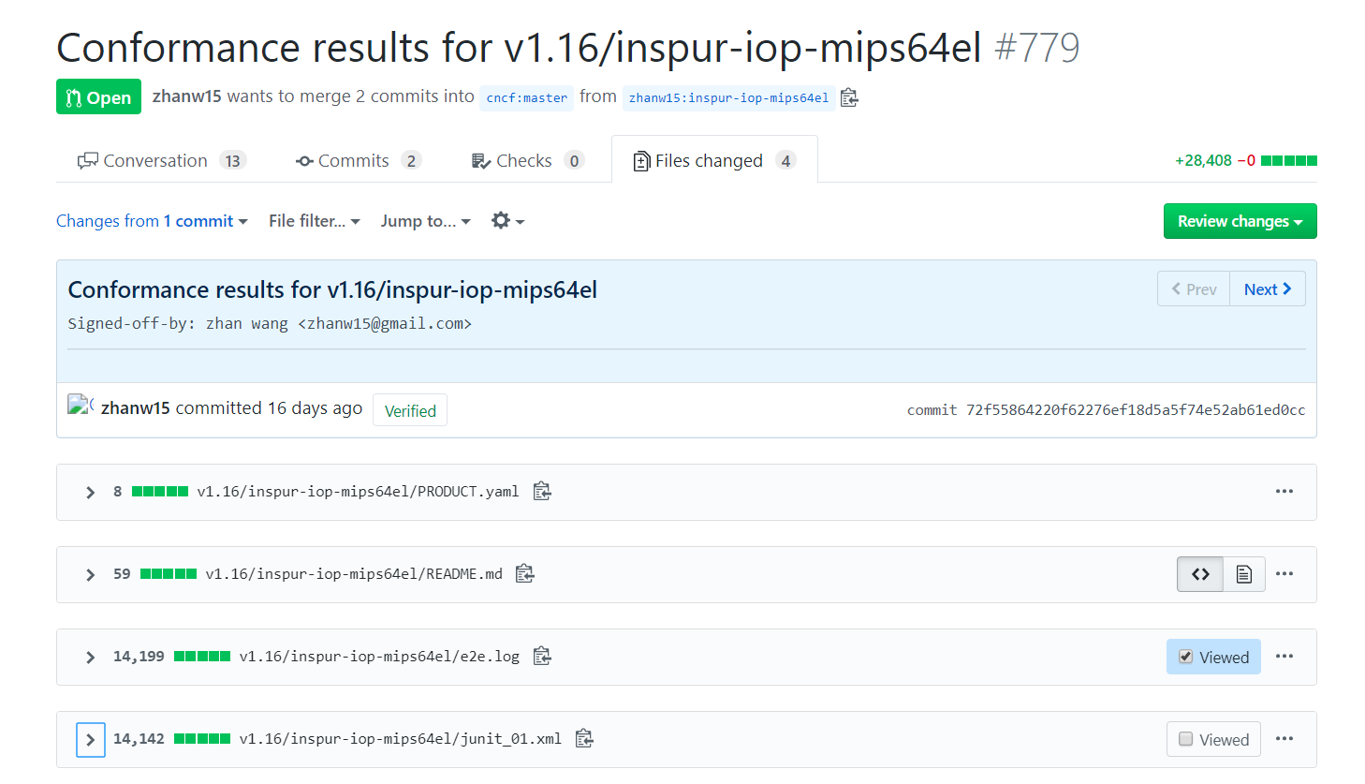 We built the kubernetes-MIPS component manually and finished the conformance test, which verified the feasibility of Kubernetes On the MIPS platform and greatly enhanced our confidence in promoting the support of the MIPS architecture by Kubernetes.

In the future, we plan to actively contribute our experience and achievements to the community, submit PR, and patch for MIPS. We hope that more developers and companies in the community join us and promote Kubernetes on MIPS.