The 1.20 release cycle returned to its normal cadence of 11 weeks following the previous extended release cycle. This is one of the most feature dense releases in a while: the Kubernetes innovation cycle is still trending upward. This release has more alpha than stable enhancements, showing that there is still much to explore in the cloud native ecosystem.

Note that snapshot support requires Kubernetes distributors to bundle the Snapshot controller, Snapshot CRDs, and validation webhook. A CSI driver supporting the snapshot functionality must also be deployed on the cluster.

The kubectl alpha debug features graduates to beta in 1.20, becoming kubectl debug. The feature provides support for common debugging workflows directly from kubectl. Troubleshooting scenarios supported in this release of kubectl include:

Note that as a new built-in command, kubectl debug takes priority over any kubectl plugin named “debug”. You must rename the affected plugin.

Invocations using kubectl alpha debug are now deprecated and will be removed in a subsequent release. Update your scripts to use kubectl debug. For more information about kubectl debug, see Debugging Running Pods.

The IPv4/IPv6 dual stack has been reimplemented to support dual stack services based on user and community feedback. This allows both IPv4 and IPv6 service cluster IP addresses to be assigned to a single service, and also enables a service to be transitioned from single to dual IP stack and vice versa.

Process IDs (pids) are a fundamental resource on Linux hosts. It is trivial to hit the task limit without hitting any other resource limits and cause instability to a host machine.

Administrators require mechanisms to ensure that user pods cannot induce pid exhaustion that prevents host daemons (runtime, kubelet, etc) from running. In addition, it is important to ensure that pids are limited among pods in order to ensure they have limited impact to other workloads on the node. After being enabled-by-default for a year, SIG Node graduates PID Limits to GA on both SupportNodePidsLimit (node-to-pod PID isolation) and SupportPodPidsLimit (ability to limit PIDs per pod).

Users and cluster administrators expect that pods will adhere to expected pod lifecycle including pod termination. Currently, when a node shuts down, pods do not follow the expected pod termination lifecycle and are not terminated gracefully which can cause issues for some workloads. The GracefulNodeShutdown feature is now in Alpha. GracefulNodeShutdown makes the kubelet aware of node system shutdowns, enabling graceful termination of pods during a system shutdown.

Dockershim, the container runtime interface (CRI) shim for Docker is being deprecated. Support for Docker is deprecated and will be removed in a future release. Docker-produced images will continue to work in your cluster with all CRI compliant runtimes as Docker images follow the Open Container Initiative (OCI) image specification. The Kubernetes community has written a detailed blog post about deprecation with a dedicated FAQ page for it.

A longstanding bug regarding exec probe timeouts that may impact existing pod definitions has been fixed. Prior to this fix, the field timeoutSeconds was not respected for exec probes. Instead, probes would run indefinitely, even past their configured deadline, until a result was returned. With this change, the default value of 1 second will be applied if a value is not specified and existing pod definitions may no longer be sufficient if a probe takes longer than one second. A feature gate, called ExecProbeTimeout, has been added with this fix that enables cluster operators to revert to the previous behavior, but this will be locked and removed in subsequent releases. In order to revert to the previous behavior, cluster operators should set this feature gate to false.

You can check out the full details of the 1.20 release in the release notes.

Kubernetes 1.20 is available for download on GitHub. There are some great resources out there for getting started with Kubernetes. You can check out some interactive tutorials on the main Kubernetes site, or run a local cluster on your machine using Docker containers with kind. If you’d like to try building a cluster from scratch, check out the Kubernetes the Hard Way tutorial by Kelsey Hightower.

This release was made possible by a very dedicated group of individuals, who came together as a team in the midst of a lot of things happening out in the world. A huge thank you to the release lead Jeremy Rickard, and to everyone else on the release team for supporting each other, and working so hard to deliver the 1.20 release for the community. 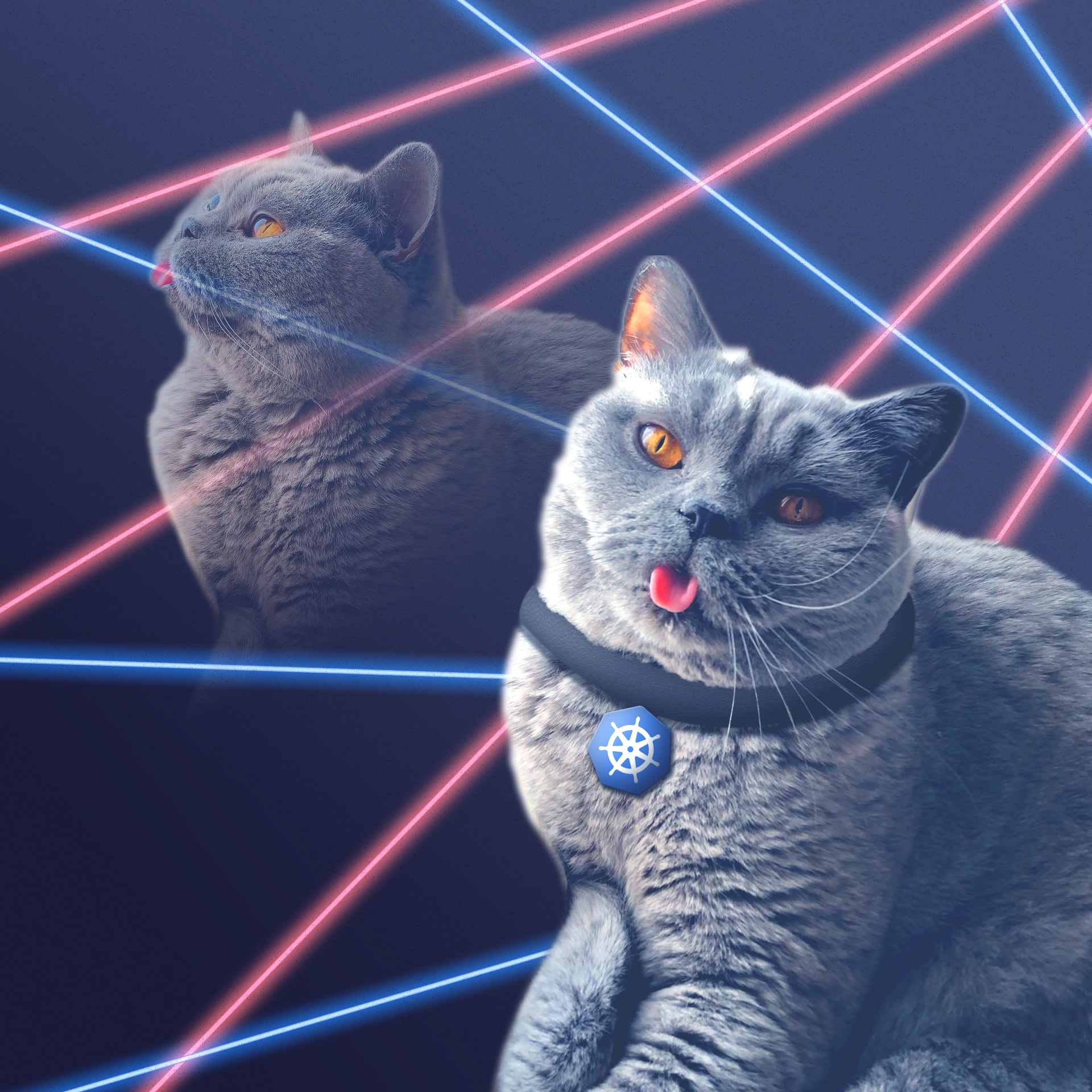 The Kubernetes 1.20 Release has been the raddest release yet.

2020 has been a challenging year for many of us, but Kubernetes contributors have delivered a record-breaking number of enhancements in this release. That is a great accomplishment, so the release lead wanted to end the year with a little bit of levity and pay homage to Kubernetes 1.14 - Caturnetes with a "rad" cat named Humphrey.

Humphrey is the release lead's cat and has a permanent blep. Rad was pretty common slang in the 1990s in the United States, and so were laser backgrounds. Humphrey in a 1990s style school picture felt like a fun way to end the year. Hopefully, Humphrey and his blep bring you a little joy at the end of 2020!

The release logo was created by Henry Hsu - @robotdancebattle.

In the v1.20 release cycle, which ran for 11 weeks (September 25 to December 9), we saw contributions from 967 companies and 1335 individuals (44 of whom made their first Kubernetes contribution) from 26 countries.

KubeCon + CloudNativeCon Europe 2021 will take place May 4 - 7, 2021! Registration will open on January 11. You can find more information about the conference here. Remember that the CFP closes on Sunday, December 13, 11:59pm PST!

Stay tuned for the upcoming release webinar happening this January.